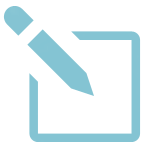 Clarus Investments was established by Michael Pearson in 2006. Michael is an experienced director, investor and consultant who is recognised globally as an expert on strategy and innovation in financial services.

Michael has more than 25 years of experience in financial services and strategy consulting. He has created numerous research reports on financial services strategy, innovation and best practices for clients such as Efma (a global banking association), Infosys and Nomura.

Michael advises start-ups, investors and established companies in developed and developing markets on strategy, innovation and all aspects of corporate development. He is currently a non-executive director of Tanmeyah, a successful Egyptian microfinance company which is part of EFG Hermes and has acted as a director of several financial services companies. Michael is also an investor in early-stage, innovative companies.

Michael has an MA from Cambridge University, an MBA from Harvard Business School, and has been trained to act as a company director at the Institute of Directors in London. Prior to establishing Clarus Investments in 2006, he worked for TSB and Lloyds TSB in corporate strategy, development and venturing roles, and earlier in his career he worked for LEK Consulting as a strategy consultant.